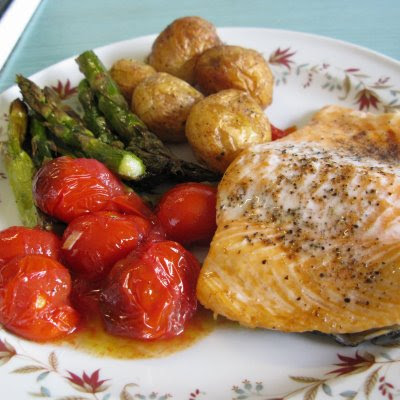 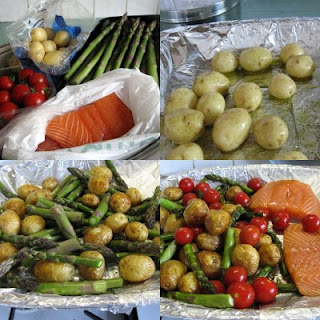 VEry easy and really delicious!!
I made Spainish Omelet with the left over vegetable - recipe soon

Looks simple and very delicious... really would be perfect for mother's day!

Looks perfect! Roasted Veggies have that great taste and with the salmon a perfect meal.

I have been craving for some Daro Wat(Ethiopian Chicken) and the Chicken Kalyo looks very similar. Will let you know how it turns out.

thats looking so lovely... colour full love to have that asparagus and roasted potato

Thanks Meeso, Indosungod and Pavithra, it is great to have comments - so encouraging.

I have asparagus in my fridge since last week. I did not know how to cook them, or what they would go with had Karim's house once. I am going try it tomorrow.

Sounds pretty good to me. I love any roasted vegetable, they just taste so lovely.

The salmon looks great with it,and will try and tell you what i think. 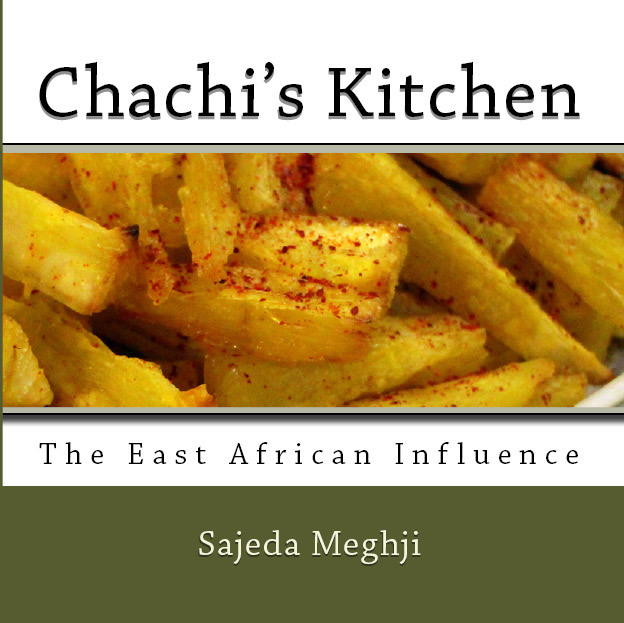